I have been doing some gaming lately, because I miss it and am trying to be on brain hiatus to get some creative regeneration going on, (and I’ve been enjoying myself IMMENSELY), so I thought I’d share some of my favorites with you here!

Got an Xbox One (please don’t start with the rivalry, it makes me soooo tired, lol) and am enjoying it, except for when the ever-listening Kinect starts to do a task without me meaning it to, chatting over headsets can be a bit of a landmine, lol.  Anyway, this was a launch title for the console and it is FUUUUN, especially playing with friends online.  I have not played any of these Dead Rising games before, and I feel sad because of it. This thing is like a Tarantino movie in gaming form.  You’re fighting zombies in an open-world environment, but it’s so over the top bloody and ridiculous, you kill SO MANY ZOMBIES in SO MANY DISGUSTING WAYS, that you can’t help but giggle at the ridiculousness. I can see why this game got banned in Germany, and there’s a part of me that REALLY needs to be offended by the sexism and the weird offensive bosses, but there’s a visceral satisfaction to getting in a steam roller while wearing a tuxedo and a lego head (you unlock tons of outfit options) and crushing hundreds of zombies.  The fountain of blood spurting is so ridiculous you can’t take it seriously.  Recommended for Left 4 Dead fans, and Skyrim fans.  OMG a game like this set in a RPG setting would be my DREAM GAME.  And if I could play a girl character 🙁

Oh, and here’s a nice Easter egg I found: An upscale woman’s clothing shop with my name, I got a FABULOUS women’s button up shirt there, SO CHIC! 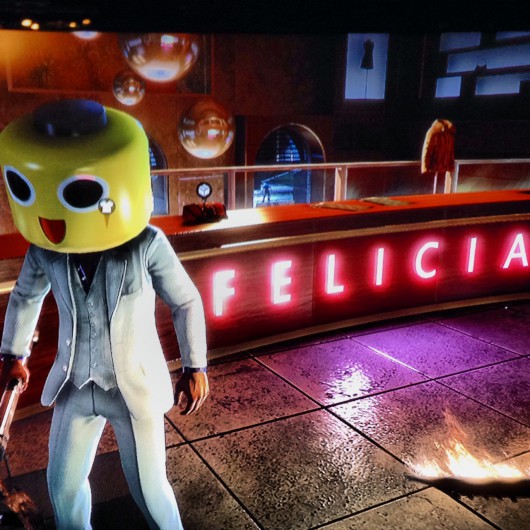 This is a weird Japanese game that is SUPER similar to a game I loved many years ago called “Princess Maker” except it’s less offensive since you’re playing the actual Princess, and not a nebulous “ward” raising her (and possibly marrying her in one outcome, WHAT?!)  It’s a life simulator game, where you train the princess in certain skills, and she gets bonuses on the skills depending on her mood.  As she levels, problems arise, and if you didn’t raise her right, basically she dies in a litany of gruesome outcomes.  It’s kind of amazing.  I have YET to beat the game, I’ve gotten far, but time and time again I’ve come upon an encounter that requires a skill I don’t have and BLECK I’m poisoned or executed or whatever. It’s totally excellent and odd and a style of game that is unique and definitely worth checking out.  It looks SUPER girly at first glance, but I think people will enjoy the strategy, woman or man!

Even weirder than Long Live the Queen (and that’s saying a LOT) is this indie game that has won a ton of awards. Ever dream of approving passports in a virtual communist state?  Imprisoning people in order to not have your kids starve to death?  Well, this game can make that wish come true! It has a big strategy element in that it’s almost a memory game.  You’re assigned to a border crossing, and have to let people into your country based on checking an increasing number of criteria in their paperwork, and if you mess up you make less money (and your family starves to death).  And you need volume in order to get enough money to keep the lights on, so you have to go quickly, which increases your margin of error. Within the sessions of passport approval are a few sub-games, like a conspiracy you can join, serial killers and a few other fun things.  It’s a struggle to juggle all of it, and that’s part of the fun.  And the sound effects are really weird, my dog was quite disturbed when I played it, haha.